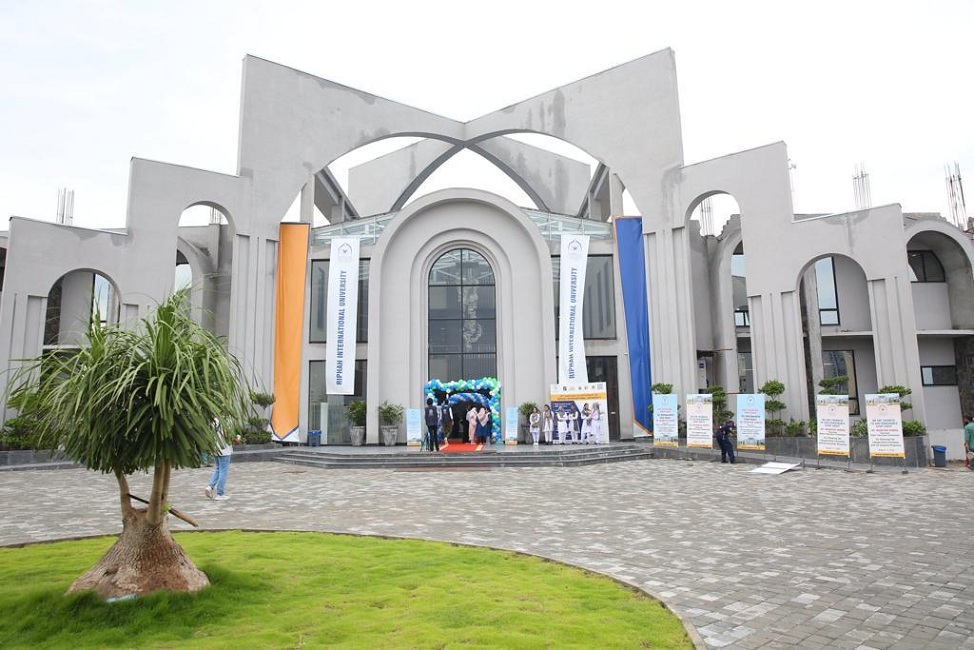 RIU Vice Chancellor, Prof. Dr. Anis Ahmad, gave a brief about the contribution of Riphah International University and IIMCT to the education sector of Pakistan. He said the RIU got charter in 2002 and started to work with very humble resources but al-Hamdulillah now Riphah has 140+ programs offered by various departments of the university and about 25,000 students.

HEC executive director praised the efforts of RIU for playing a significant role in changing the educational horizons for the females of Pakistan. She said that the Islamic ethical framework is the need of hour and the inculcation of Islamic values in the RIU all-female campus will help students to gain insight into the Islamic ethical values which will help in holistic personality.

She also congratulated RIU Vice Chancellor Prof. Dr. Anis Ahmad on receiving Sitara-e-Imtiaz from President of Pakistan in recognition of his services to the country.

The chief guest was briefed regarding campus, the newly constructed campus building has the capacity for teaching more than 3500 students. It is a purpose-built architecture that contains modern and up-to-date interior design with a focus on low-energy footprints. The building contains 21 well-equipped laboratories for different technical programs, fully furnished classrooms with modern ICT equipment, WiFi-enabled areas, a cafeteria, a designated prayer space, and day-care centre, state-of-the-art library, and an information centre.

RIU Chancellor Hassan Muhammad Khan gave his perspective on female education and community development. In his views, Riphah believes in youth empowerment and our team and faculty members are committed to provide learning based on practical approach to develop entrepreneurial minds. Along with the academic learning, RIU also focuses on teaching quality patient healthcare education.

He thanked HEC executive director for honouring the occasion with her graceful presence.

The participants also appreciated RIU for the official Inauguration of a female-only campus that will bring new future prospects for the young generation.